276. [A sawfly] Blennocampa phyllocolpa - a tiny sawfly that has proved to be common in the garden. It lays its eggs on garden roses, and the leaves roll round into tight tubes to protect the larvae after they hatch. 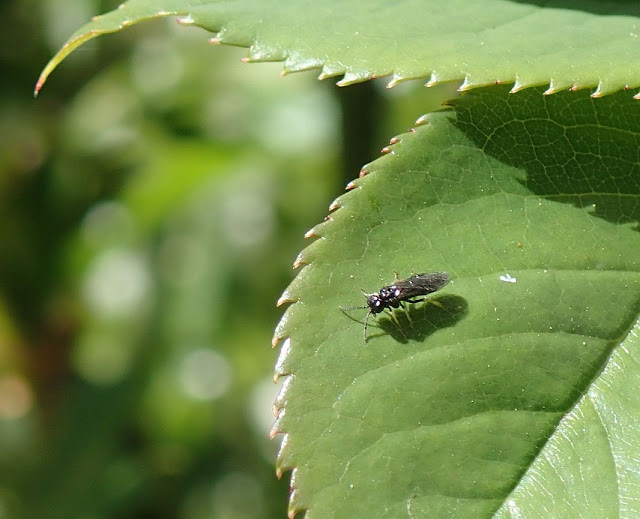 277. Grey-patched Mining Bee Andrena nitida - one found inside, quite a large solitary bee with a rufous thorax contrasting with a blackish abdomen. The grey patches aren't quite so obvious.

278. Whitethroat Sylvia communis - another common summer visitor to the village, several sing on the common each year just across the road. Relatively infrequent in the garden itself.

279. White-headed Dwarf Elachista albifrontella - a micro-moth, found on the window, and I've seen it previously on the common too. 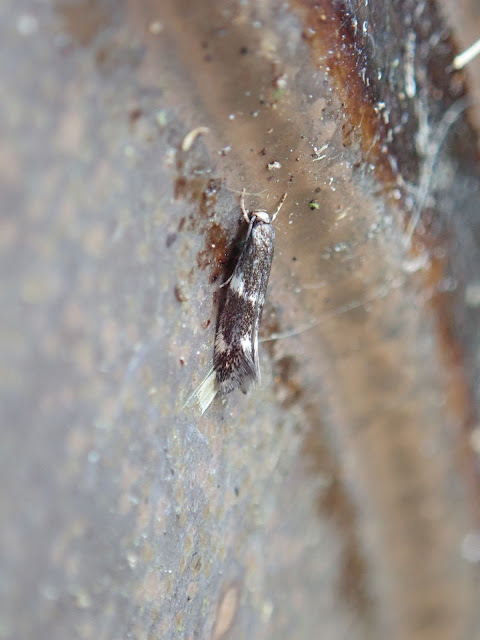 282. Broad-bordered Yellow Underwing Noctua fimbriata - a common moth in the garden trap each year but this record is of the caterpillar, found on soil where we were digging our pond and identified using the newly available field guide (and kindly confirmed by Richard Lewington also!) 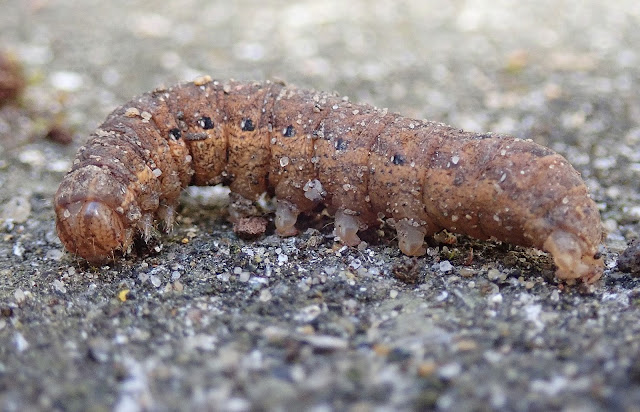 283. Yellow-rattle Rhinanthus minor - not strictly garden tickable yet, as we spread seeds here last year from a local meadow. Excited today to find 24 small plants. We're very keen that they establish because they will then help to keep the coarser grasses down. 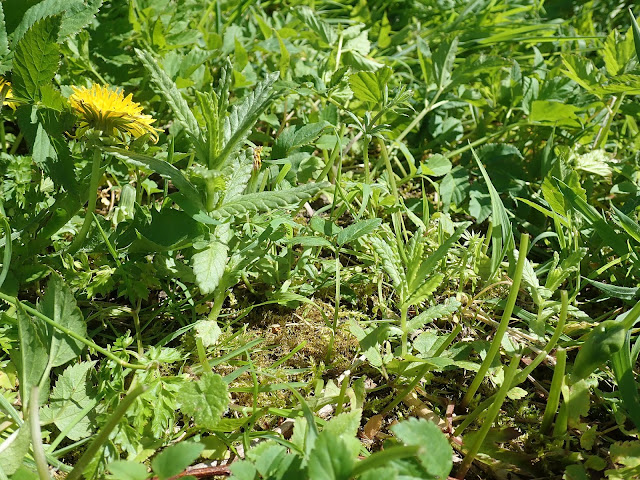 287. Dark Bush-cricket Pholidoptera griseoaptera - the first tiny nymphs of the year were seen in the garden today. These will continue to grow until adult by mid-July, then will call through until the first frosts of autumn.

288. Frosted Green Polyploca ridens - a regular moth in April and May, although usually in only small numbers. An oak feeder. 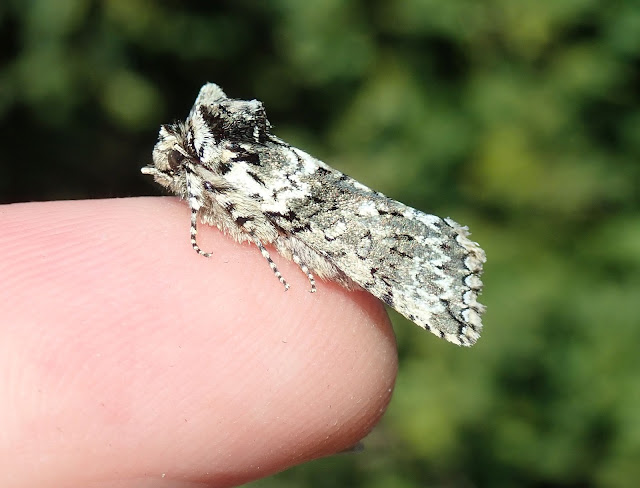 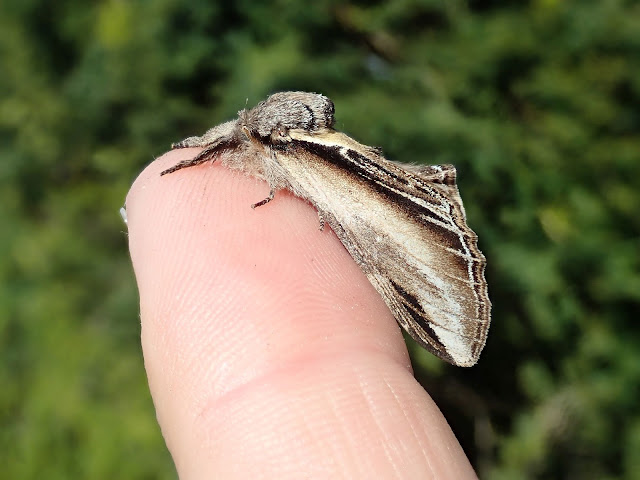 290. Shuttle-shaped Dart Agrotis puta - a very common moth through much of the summer 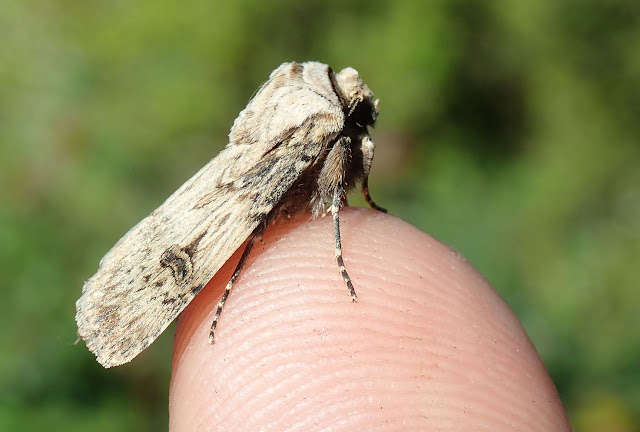 291. The Nutmeg Dicestra trifolii - another common moth in the garden trap.

293. [A sawfly] Aglaostigma fulvipes - appears to be a widespread sawfly, feeding on Cleavers which is abundant in the garden. 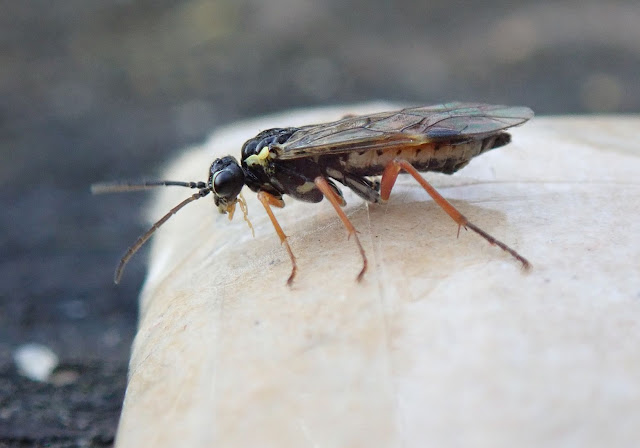 294. [A sawfly] Hoplocampa pectoralis - small sawfly, mostly yellow with some black. Feeds on hawthorn, and netted by this shrub along the drive.

296. Large White Pieris brassicae - last of the common white butterflies to appear in the garden this year. 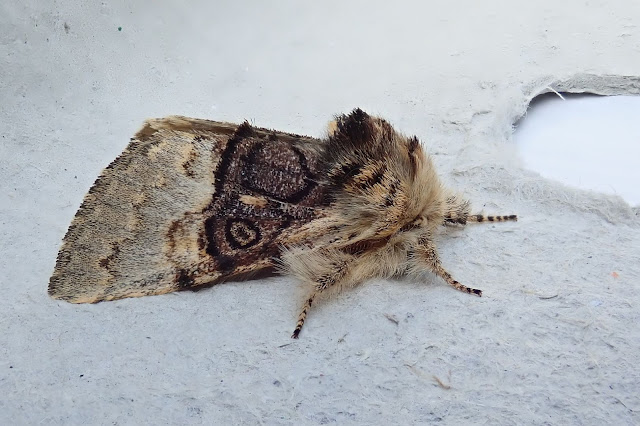 298. Pale Prominent Pterostoma palpina - always such a stunning moth, will be coming off the willows here 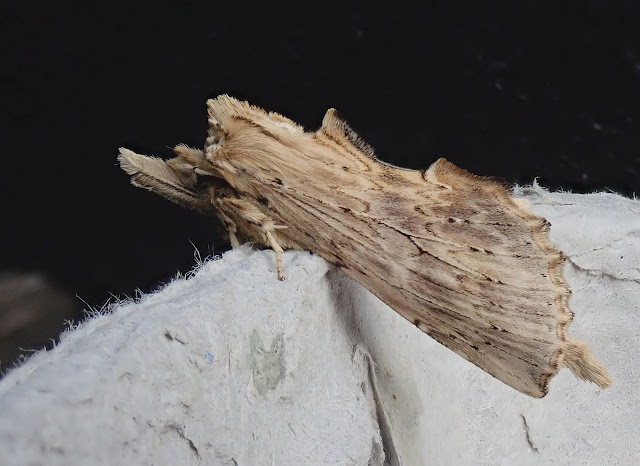 299. Pebble Prominent Notodonta ziczac - another of the attractive prominents. 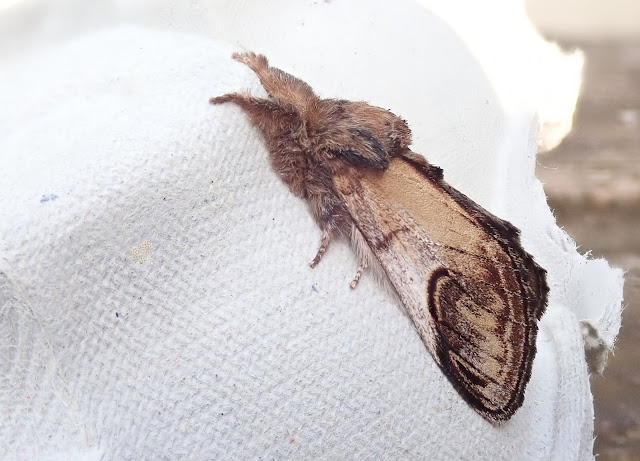 302. [A sawfly] Halidamia affinis - fairly distinctive sawfly, black above (including dusky wings) and yellow under the abdomen. Another one that feeds on Cleavers.

303. [A hoverfly] Myathropa florea - one appeared by our newly filled pond and appeared to be egg-laying immediately 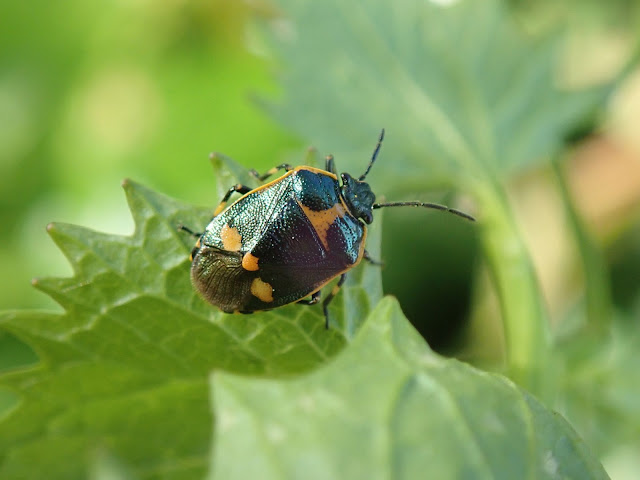 307. Red Twin-spot Carpet Xanthorhoe spadicearia - no moth-trap on tonight, but found one at the window nonetheless.