255. Tawny Mining Bee Andrena fulva - I forgot to add this, flying in the garden since 4th April. The females are the most easily identified of all the mining bees. 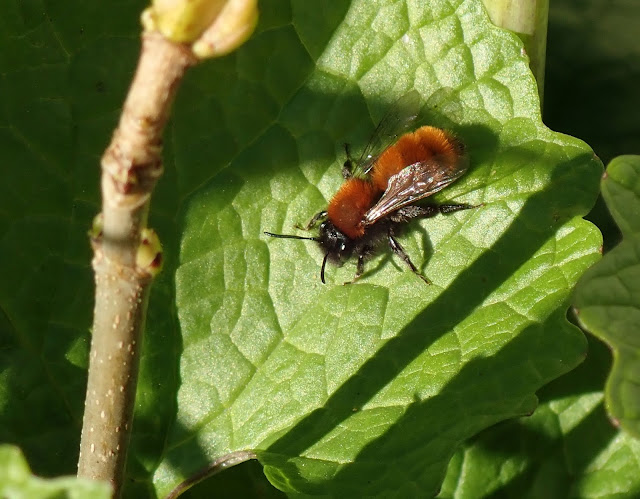 Decent walk around nearby lanes, hunting sawflies during my daily exercise. Didn't see much in the garden during the day, but a good moth-trap session.

257. Maple Slender Caloptilia semifascia - micro-moth in the trap, probably from the large Field Maples just over the road.

258. Common Mompha Mompha epilobiella - fairly non-descript small moth, but feeds on Great Willowherb which is common in the garden.

259. Garden Lance-wing Epermenia chaerophyllella - micro-moth, quite distinctive once you get to know it. By the way, I'm trying to make an effort to adopt the 'new' English names for micro-moths, but it's tricky when you've started out by learning the scientific ones (at at time when most didn't have English names). Not sure I like this one - what's lance-like about this wing in particular? 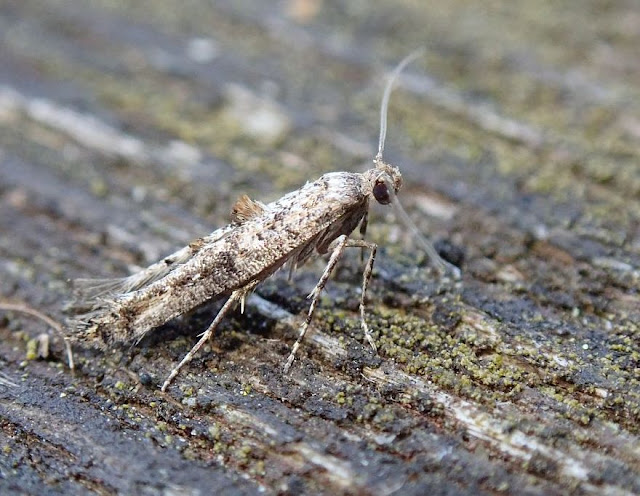 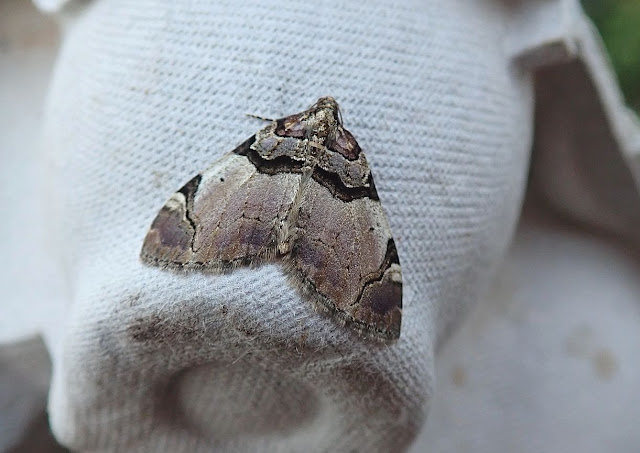 262. Water Carpet Lampropteryx suffumata - the first record of this species for the garden, think it's been increasing recently. 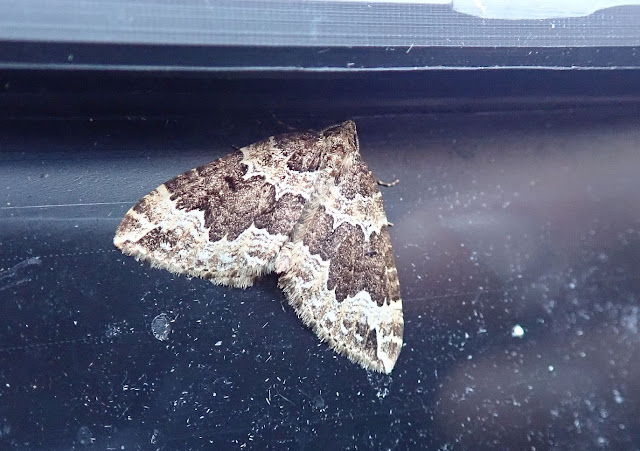 263. Waved Umber Menophra abruptaria - striking moth. Caterpillars feed on privet and lilac, so I guess may be coming off the latter in our front hedge. 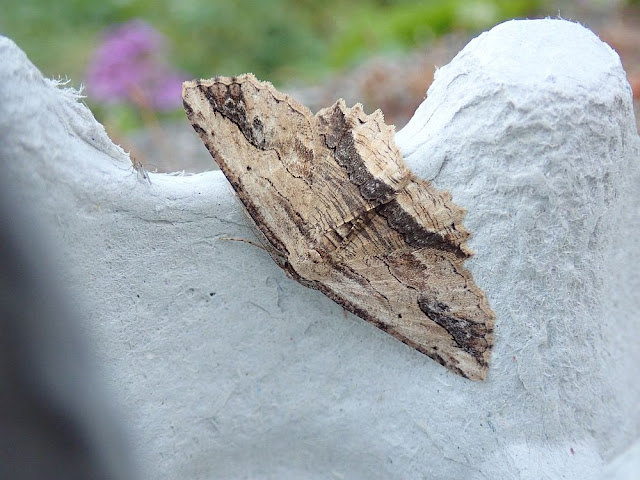 264. Lunar Marbled Brown Drymonia ruficornis - a nice furry one, usually seen one or two each April. 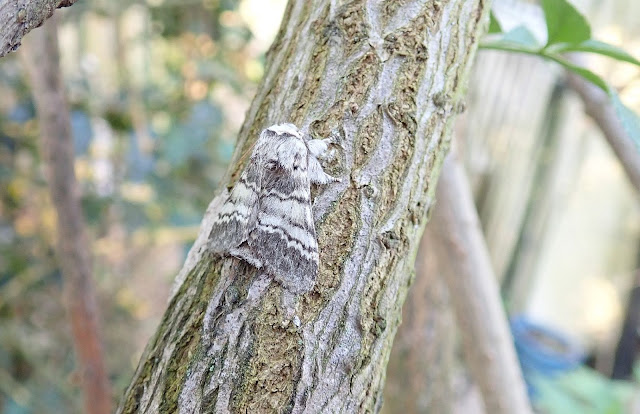 266. The Mullein Shargacucullia verbasci - stunning moth, one of my favourites and always pleased to see it in the spring. The caterpillars (on mullein, figwort and buddleia) later in the year are also very striking. 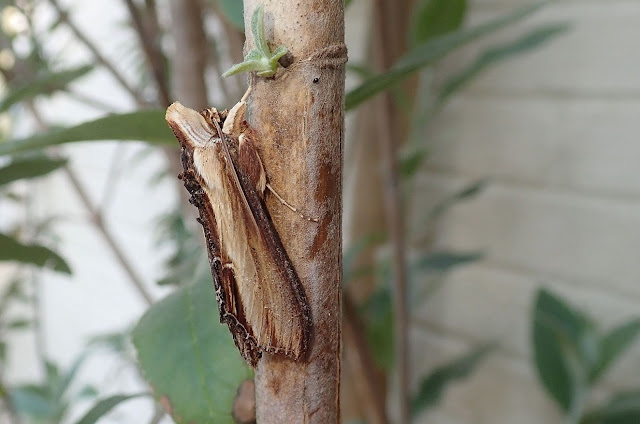 267. [A lacewing] Wesmaelius nervosus - a small brown lacewing, needs close examination for identification. A new species for me!

268. Great Silver Beetle Hydrophilus piceus - absolute brute of a beetle, one of the largest in Britain. I get these occasionally coming to the garden light-trap, but nationally this is quite a scarce insect, with the Norfolk Broads being one of its strongholds. It startled me somewhat as I was emptying the moth-trap in the morning as it buzzed up out of the surrounding vegetation and clambered around on top of a bush for a few minutes, before flying high off to the west. 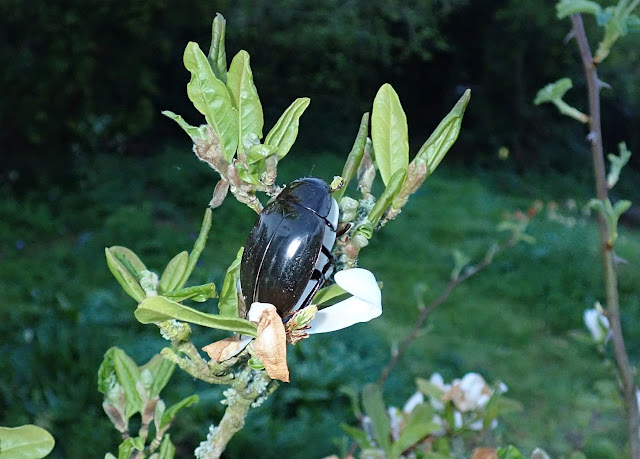 269. Barn Owl Tyto alba - about time! Barn Owls are regularly seen from our garden, except when carrying out a lockdown list it would appear. Anyway, one deigned to quarter over the common this morning in front of the house. Here's a photo from a few weeks back. 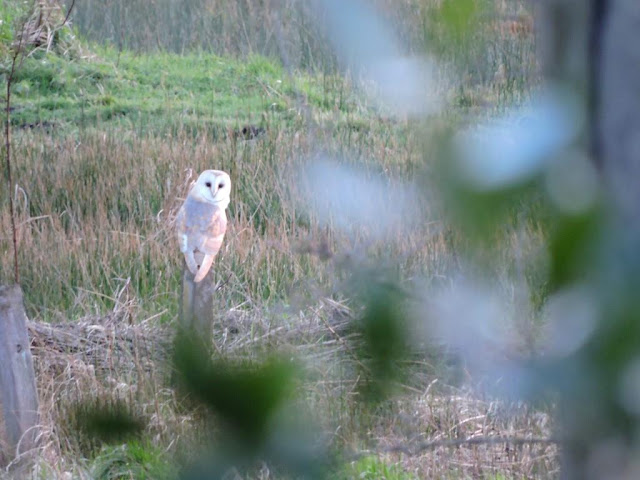 270. White-shouldered House-moth Endrosis sarcitrella - a regular denizen of our house, sometimes in worryingly large numbers but not so for a few years now.

271. Grey Squirrel Sciurus carolinensis - another surprisingly late addition to the list, given that a few weeks ago we were having a running battle with one trying to stop it eating its way into the eaves.

273. [A sawfly] Cladius brullei - a small black sawfly netted along the drive. This species lays its eggs on Rubus, apparently especially raspberry but we don't have any of that so it would appear it's also quite content with brambles. Easy enough (with experience) to key to genus, but requires a slightly closer look to get to species. The shape of the sawsheath of the female is very distinctive under a microscope though.

274. [A gall-mite] Aceria campestricola - these little pimples on the newly emerged leaves of elms in our front hedge are caused by tiny mites of this species. (As to what species the elms are, that's for another day...) 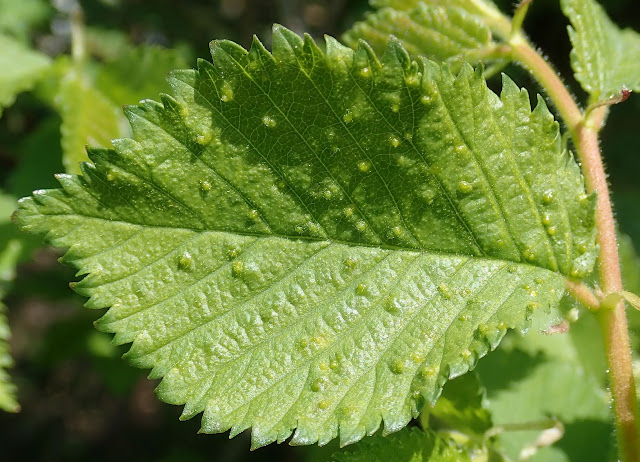 
That's a month (31 days) in lock-down then. Personally, not finding it very arduous but I do realise how lucky we are to have a nice garden and surrounding countryside. Would be struggling more if I was in a more built-up area.

Not really pushing this lock-down list very hard (I keep ignoring beetles that run past for examples!) but we'll keep going for a bit longer still...