227. Common Mini-mining Bee Andrena minutula - very small bee found in back garden on 4th April, took a little while to identify with certainty

229. [A hoverfly] Meliscaeva auricollis - a common early-spring hoverfly, one was caught in the garden on 5th April

230. Hairy-templed Thatcher Demetrias atricapillus - one of the most distinctive ground beetles, which also has a most excellent English name.

231. Varied Carpet Beetle Anthrenus verbasci - one of the boys found one in their room. Never the most welcome of house guests but very attractive.

232. House Martin Delichon urbicum - one of the main signs of spring at our house, as we're lucky enough to have between one and three nests on the house each year. Most years I probably miss their exact time of return, but given that I'm at home every day now, I'm pretty certain that the one I noticed outside (whilst taking part in a work video-conference) had indeed just got back from Africa.

233. Sallow Button Acleris hastiana - one of the many species of tortrix moth, hastiana is a reasonably distinctive species that over-winters as an adult and consequently can look a bit worn by this time of year. In the light-trap overnight.

Saw several nice things around the village today but no new garden ticks.

234. Cinnamon Bug Corizus hyoscyami - a very distinctive bug that's been extending its range in recent years and is now quite common around the village. 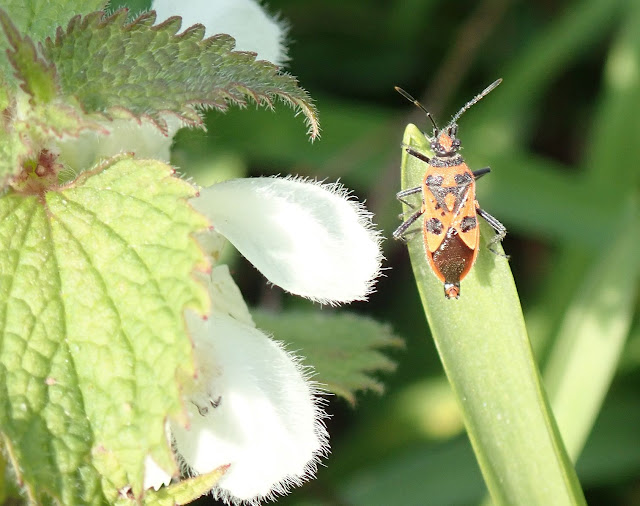 235. Chocolate Mining Bee Andrena scotica - one of the larger members of the genus, this species seems to have a tendency to wander into the house each spring and get stuck inside the windows. 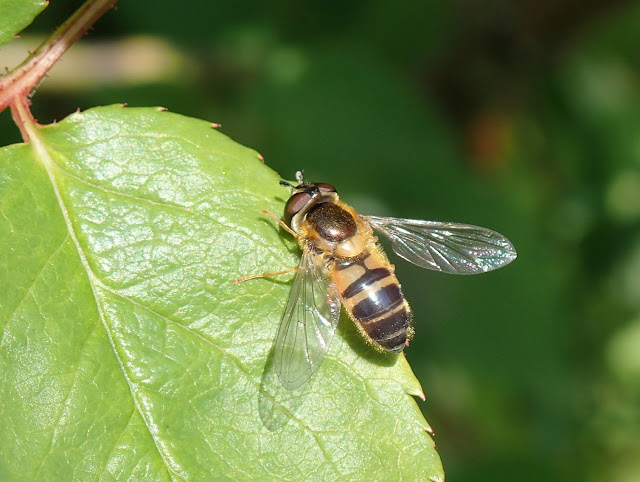 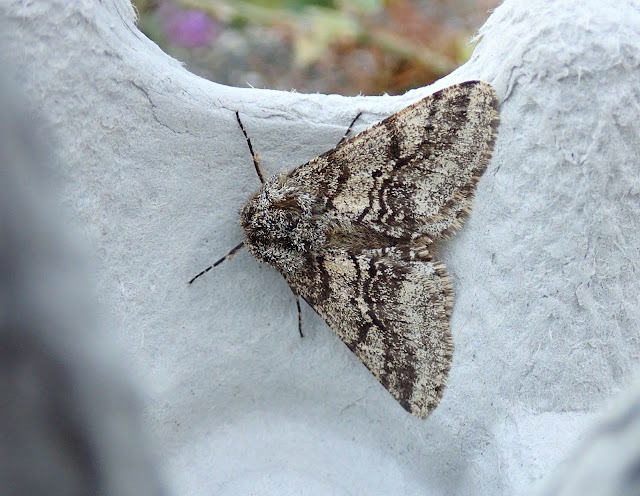 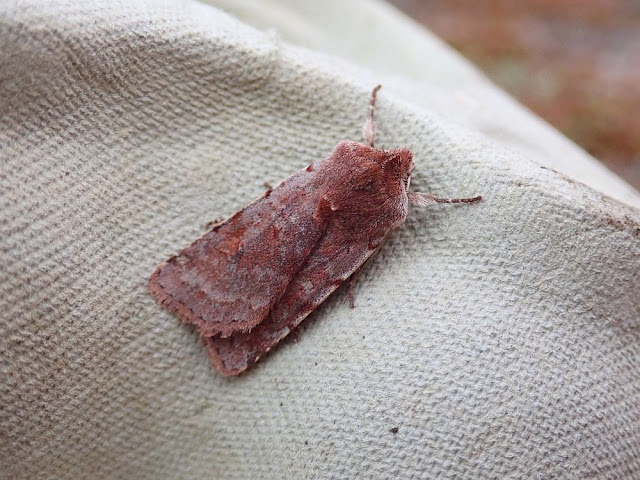 240. Great Prominent Peridea anceps - a great find in the light-trap, the first I've ever seen in the garden (and only my third anywhere). This big moth is quite widespread in Norfolk but the map of records on the excellent Norfolk Moths website shows it to be absent in the south-east of the county. This is the first record for the whole 10km square of TM29. 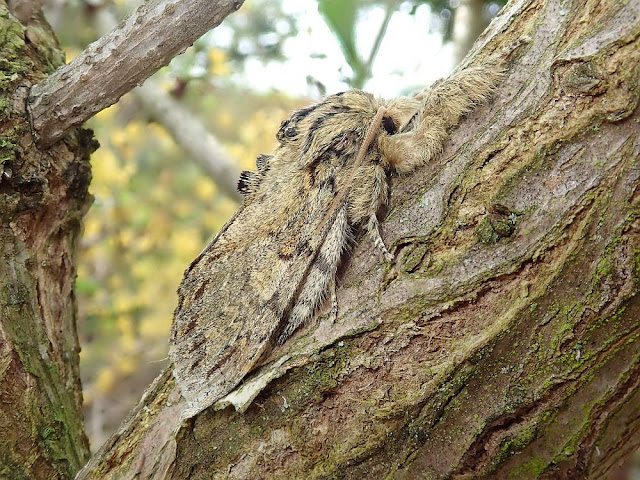 241. Emperor Moth Saturnia pavonia - a really striking moth, one of the largest that occur in the UK. This female was clearly attracted by the light-trap but I failed to spot it when checking it in the morning. Trudy noticed it when weeding nearby later in the day. My third garden record after previous occurrences in 2011 and 2015. 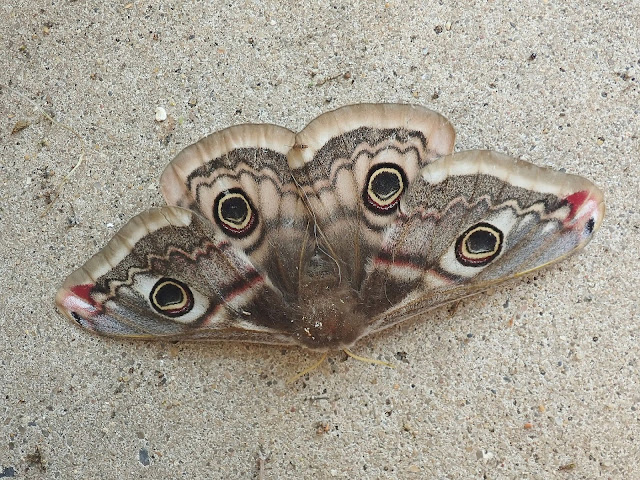