242. Wild Carrot Daucus carota - much debate has been had with a variety of botanists online concerning the identity of this 'weed' on my drive. I initially thought it might be Swinecress, but that's only a very superficial likeness (botanical equivalent of muddling up bees and flies I suppose!) Anyway, it turns out that I have a nice Wild Carrot growing here. The rest of the family have been instructed not to uproot it. 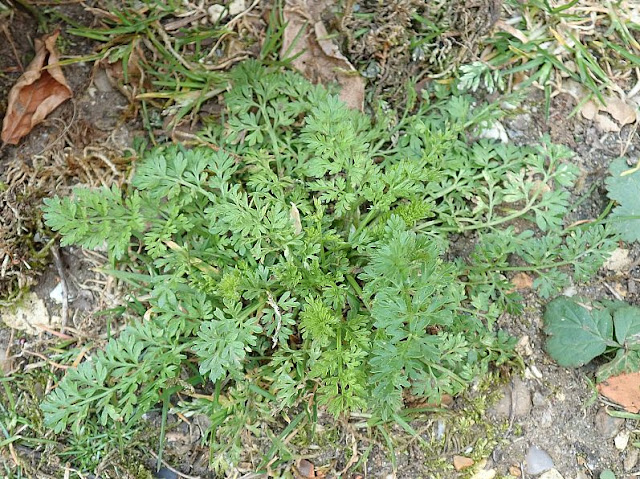 243. Swallow Hirundo rustica - always a pleasure when these return; several pairs around the village but they don't nest on our own property. 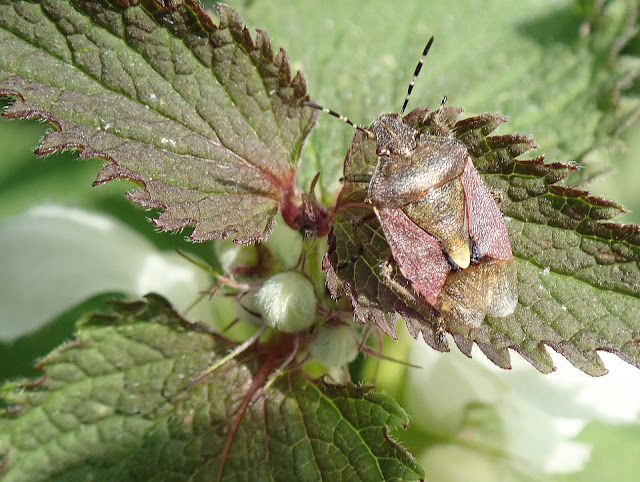 245. Woundwort Shieldbug Eysarcoris venustissimus - another common bug, slightly smaller, that seems to hang out on White Dead-nettle before the woundwort gets going in our garden. Here's a photo from a previous year. 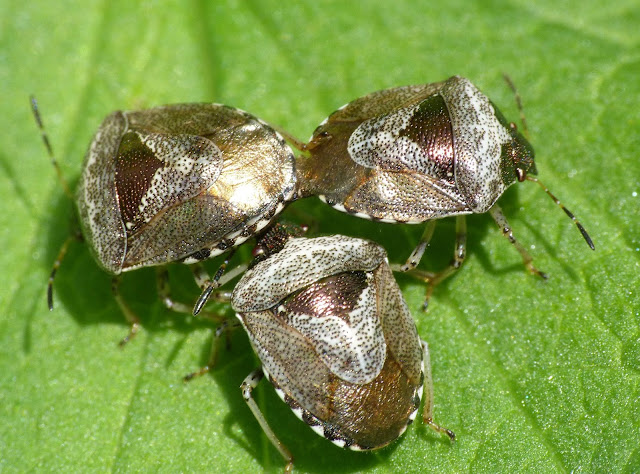 246. [A sawfly] Ardis pallipes - a non-descript dark sawfly with pale legs, laying its eggs into the stem of a garden rose. Required close examination to confirm this - only the third county record of this species (I found the previous two about 5 miles away last year). 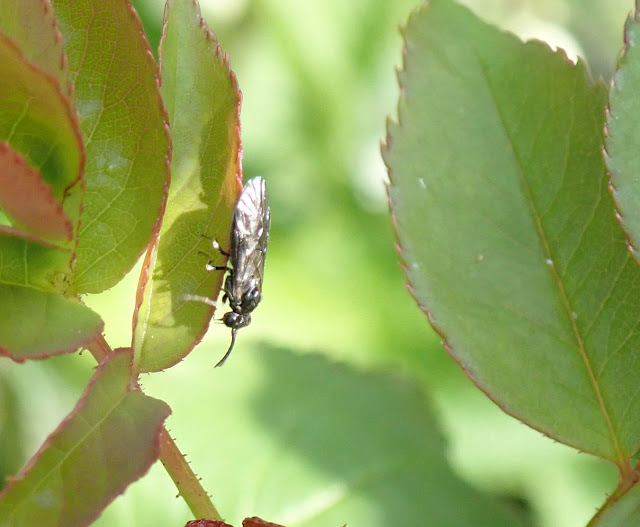 247. [A sawfly] Pristiphora armata - a small sawfly that is proving to be common around hawthorns in spring. Quite distinctive when you get your eye in - I don't have a photo yet.

248. [A parasitic wasp] Ichneumon stramentor - a striking wasp, most ichneumonids are not safely identifiable from photos but this is one of the rare exceptions. This will have been hunting for moth caterpillars to lay its eggs in. 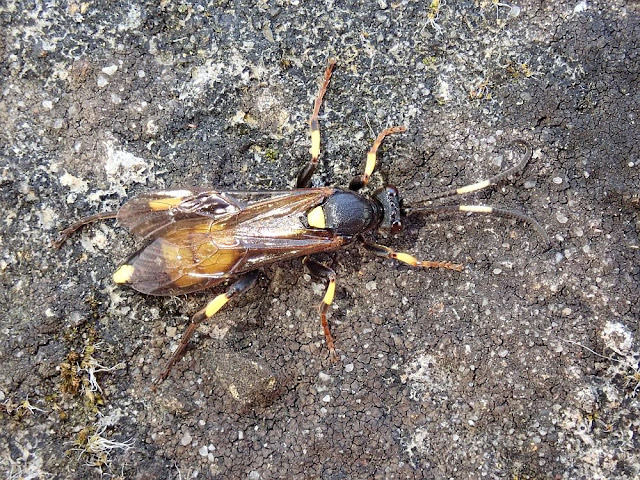 249. Gooden's Nomad Bee Nomada goodeniana - a common "cuckoo-bee", one of several similar species but the only one with complete yellow bands on the abdomen. 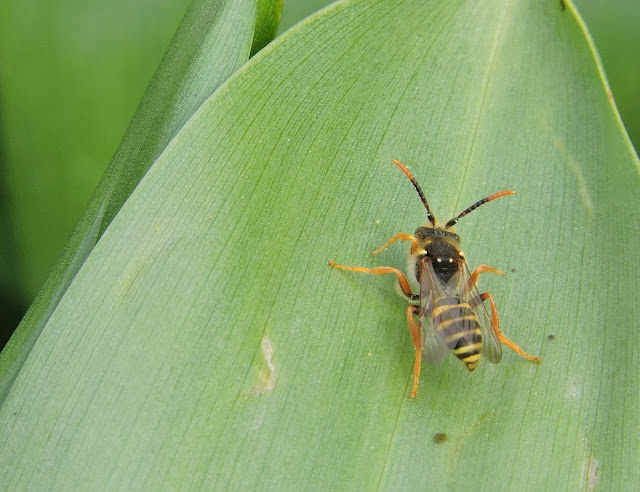 250. 14-spot Ladybird Propylea quattuordecimpunctata - first one of these I've ever noticed in the garden, very distinctive

251. [A cranefly] Limonia nubeculosa - a common and distinctive cranefly, on the kitchen window 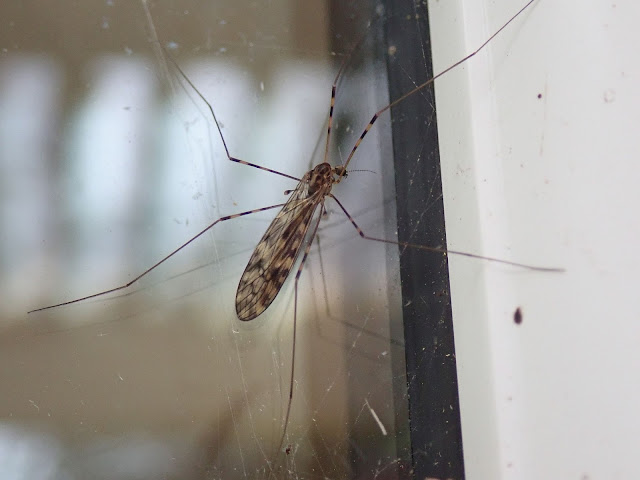 252. Marmalade Hoverfly Episyrphus balteatus - one of the commonest hoverflies in Britain each year. 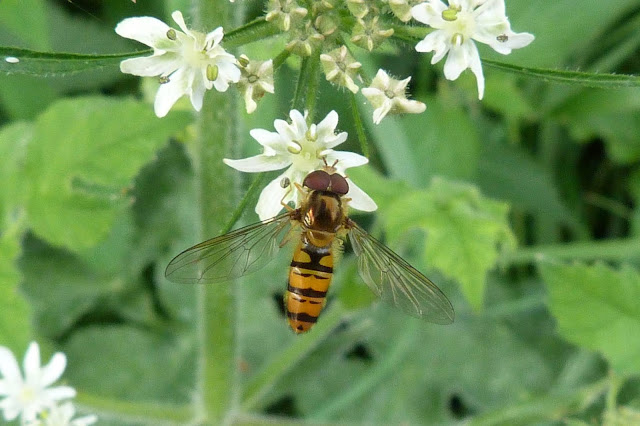 254. White-lipped Snail Cepaea hortensis - one found in the ruins of the destroyed shed that we're clearing to dig a pond in its place.