It's now 27th March and the world has been in the grip of a rising tide of cases of the coronavirus Covid-19. Everyone's lives have been affected, as governments urge people to reduce social contact to a bare minimum to slow the progression of the virus. As a result, along with most colleagues I've been working at home now for a few weeks. I'm not supposed to leave the garden apart from one period of exercise per day. This is very tough on a lot of people, and personally I'm very fortunate to live in a nice house, with a decent sized garden, surrounded by countryside to enable me to take varied walks each day.


I've been listing garden species for years already (since 2006) and so I have a reasonable idea of what's likely to be here, but am expecting some surprises. The last two of the list-defining points above also are a slight shift from my previous approach, and allow in a few more common plants that were probably originally from planted stock.

I intend to list every species here in this blog, with photos or notes where possible. I will try to do this in the sequence that I encounter them, although many insects may require closer examination and it might be days/weeks/months before I work them out. We'll see how it goes.

Not very hard-core listing today, but a few things jotted down whilst setting up for the new reality of the BTO working from home.

1. Red Kite Milvus milvus - two were over the field behind the house when I woke up, hunting for worms and the like in the freshly tilled soil. Increasingly regular now in Shotesham, although I haven't yet proven nesting. Still always a thrill to see of course.

2. "Daddy Long-legs Spider" Pholcus phalangioides - an immature was found inside my coffee machine when I opened it to tip the water in. This is a common species inside the house, readily recognised by its ridiculously long legs. Eats other spiders.

3. Buff-tailed Bumblebee Bombus terrestris - a dead one was on the doorstep when I opened the front door in the morning (don't know why it had died - maybe the cat caught it?) Moreover, now starting to be seen by day around the garden, and one was also found in the moth-trap the following night. One of several common bumblebees using the garden, and generally the first each spring. Having a dead one enabled a closer look, to see it was carrying several mites (not kept for identification) and a single thrips (which I have kept to try to name...) 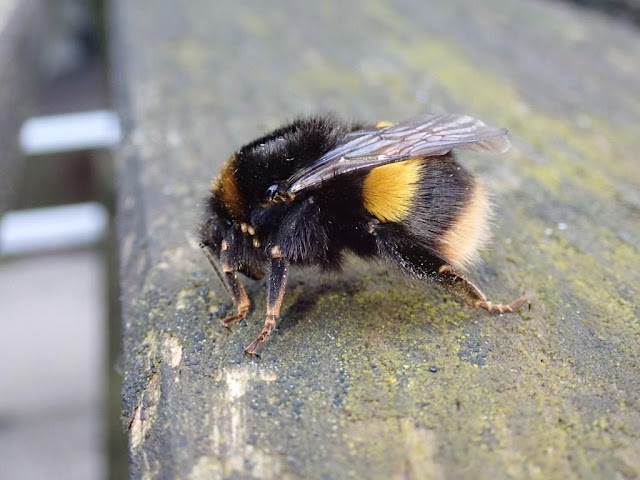 4. A 'winter midge' Trichocera hiemalis - flies of this genus very commonly come to light over the winter months, and there were several when I ran the moth-trap this evening. 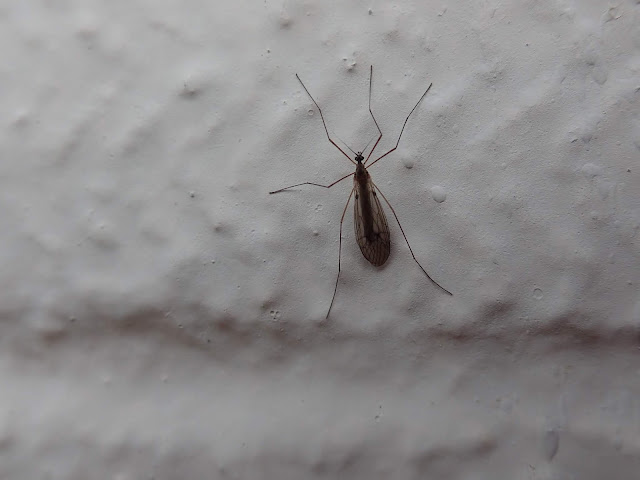 6. Engrailed Ectropis crepuscularia - one on wall near moth trap. Reasonably common in the spring (and further generations later in the year). Used to be unclear if a second species (Small Engrailed) was also occurring, but recent DNA work has debunked this. 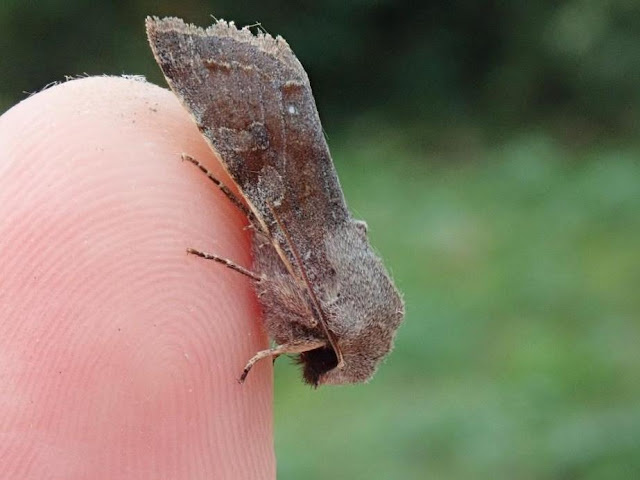 8. Small Quaker Orthosia cruda - 29 in the moth trap, can be very common in spring, peaking around the end of March 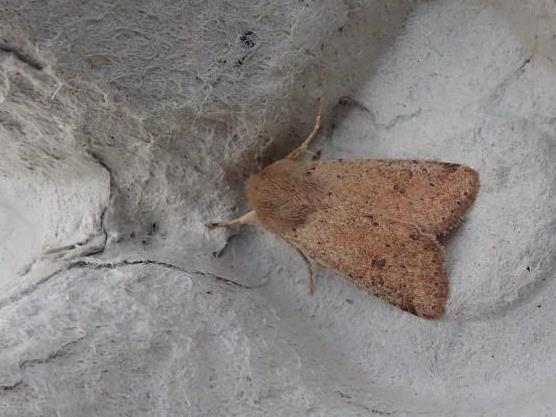 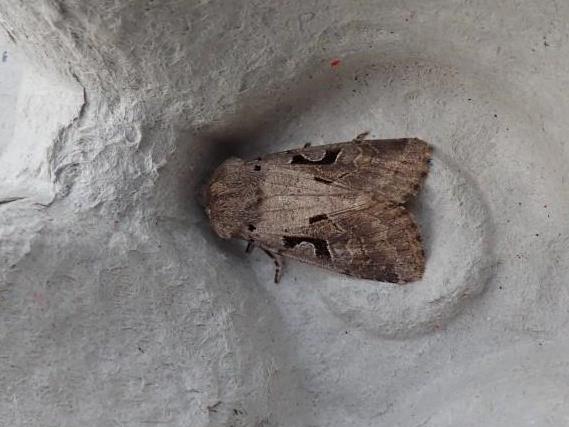 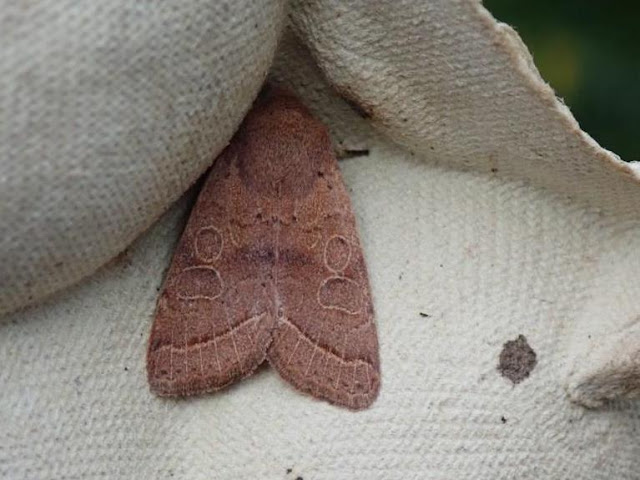 Also, a "red velvet mite" was in the moth trap but I still don't know how to approach naming these to species. 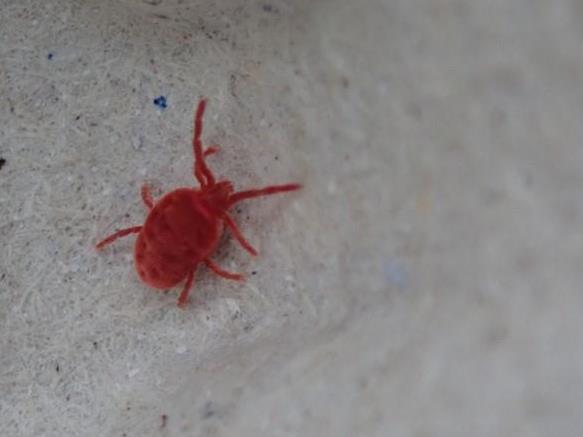