83. Sparrowhawk Accipiter nisus - a regular fly-over here, although very seldom in the garden itself

84. Green Woodpecker Picus viridis - yaffling away from somewhere nearby

85. Reed Bunting Emberiza schoeniclus - oddly (given how boring it is), one of my favourite local bird songs. One starts singing on the common over the road early in the spring, every year. Never yet seen it actually in the garden.

86. Pheasant Phasianus colchicus - calling from nearby fields. Not sure how long these would persist in the absence of released birds each year.

87. Song Thrush Turdus philomelos - incessant songster a few weeks back, but seems to have largely shut up now.

88. Greater Plantain Plantago major - grows through the gravel on the drive

90. Garden Bumblebee Bombus hortorum- doesn't seem to be particularly common in the garden, despite the English name

91. Gwynne's Mining Bee Andrena bicolor - the small dark males seem to be quite common in the garden; have recorded these for many years here.

92. Red-legged Partridge Alectoris rufa - calling from nearby fields, another one heavily influenced by annual releases

93. Wren Troglodytes troglodytes - at least one territory in the garden, and a particularly annoying individual that "clears up" around the moth-trap if I'm not careful.

94. Stock Dove Columba oenas - occasional birds fly past, and they sometimes call from nearby mature trees

95. Great Tit Parus major - another annoying moth-trap pest. This year, as has often been the case in the past, we've got a pair nesting in an air-brick by the kitchen.

96. Pied Wagtail Motacilla alba - one flew over. Think they probably nest somewhere nearby (as do Grey Wagtails most years, although none currently around).

97. Black-headed Gull Chroicocephalus ridibundus - congregation in the ploughed field behind the house

99. Tree Bumblebee Bombus hypnorum - a queen bumbling around the flowerbed. This fairly recent colonist has become increasingly abundant in recent years, but really seemed to get knocked back to a low ebb last year.

101. Tutsan Hypericum androsaemum - presumably initially deliberately planted, but self-seeding over a limited part of the garden

102. Tawny Owl Strix aluco - calling nearby at dusk. Surprised not to add Barn and Little Owl yet... 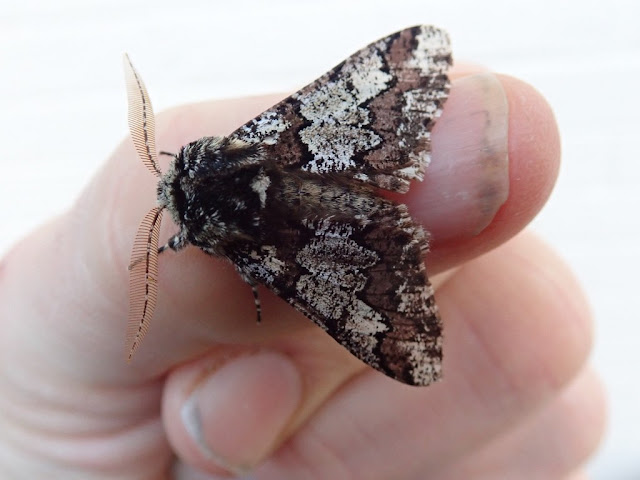 104. Long-tailed Tit Aegithalos caudatus - I think they're nesting in the front hedge again (I ought to pull my finger out and look properly I suppose)

105. Redwing Turdus iliacus - a few still hanging around. There's been a big flock of Fieldfares nearby too, but will they come over the garden before they migrate...?

106. Greylag Goose Anser anser - a small flock frequents fields/pools at the other end of the village, flying around from time to time

107. Kestrel Falco tinnunculus - we've got a very active pair close by the house at present (surprised it took this long to remember to write them down in fact). The grassy common is ideal hunting terrain, with various trees and nest boxes suitable for them.

108. Treecreeper Certhia familiaris - not common in the garden, so pleasing to hear one calling and then see it in one of the tall trees in the back

109. Mallard Anas platyrhynchos - pair flew over, they nest on the common most years

110. Wood Forget-me-not Myosotis sylvatica - the garden variety is an abundant self-seeding plant in the back garden, can become dominant in some areas 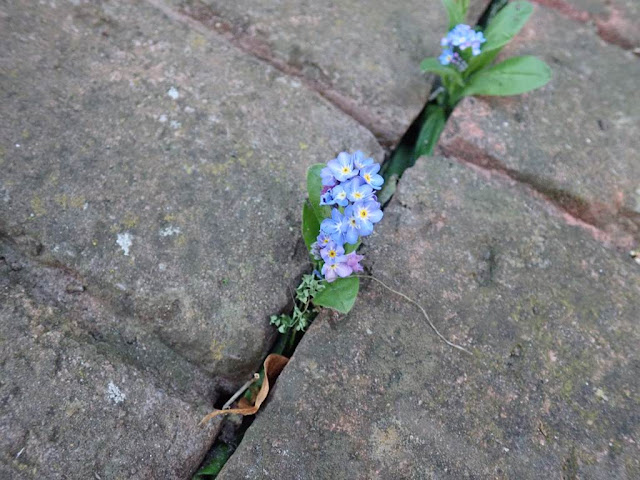 112. Dog's Mercury Mercurialis perennis - a very pleasant surprise to come across this in a shady corner of the back garden. Never noticed it before, wonder how long it's been lurking here 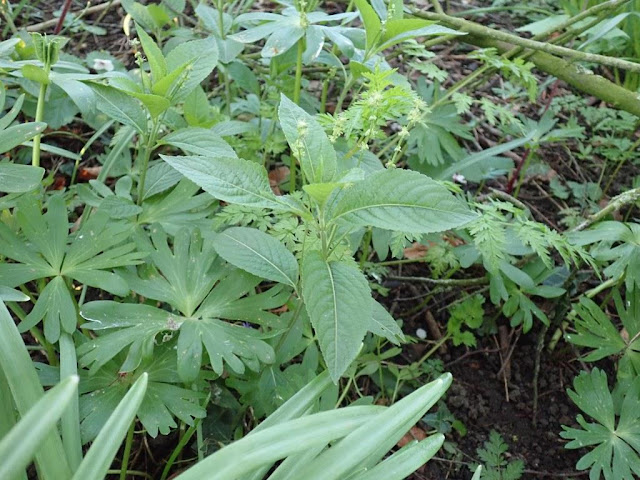 113. Snowdrop Galanthus nivalis - another self-seeding common plant in the back

114. [A micro-fungus] Ramularia septata - an obscure fungus growing on snowdrop leaves. I was alerted to this via a local Facebook group, popped out and then found it in the garden. There are such hidden species in all gardens I'm sure. 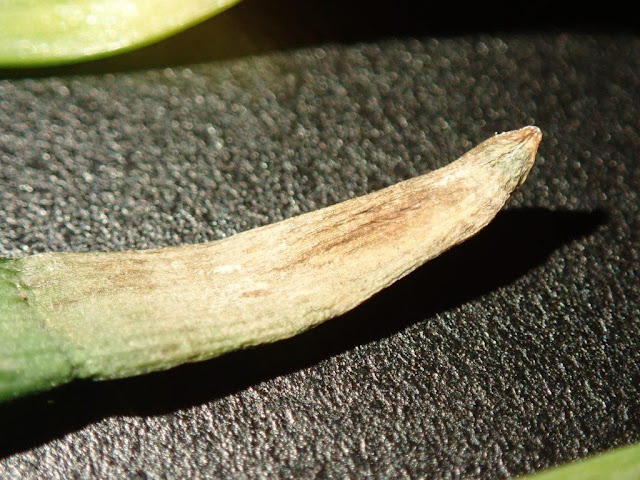 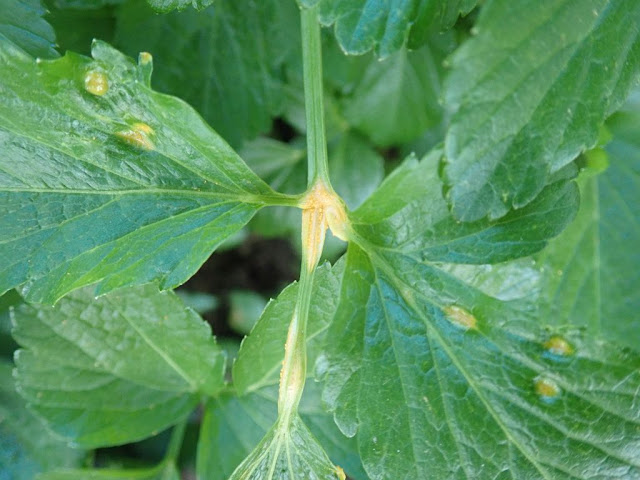 116. Holly Ilex aquifolium - several plants around the garden, some clearly planted and others more wild in character.