Thought it was time to add a few birds to the COVID list, plus a round up of a few other obvious species.

32. Chiffchaff Phylloscopus collybita - hooray, it's spring! We don't get wintering Chiffs out here in the icy winter of the Norfolk countryside, so this a definite arrival. 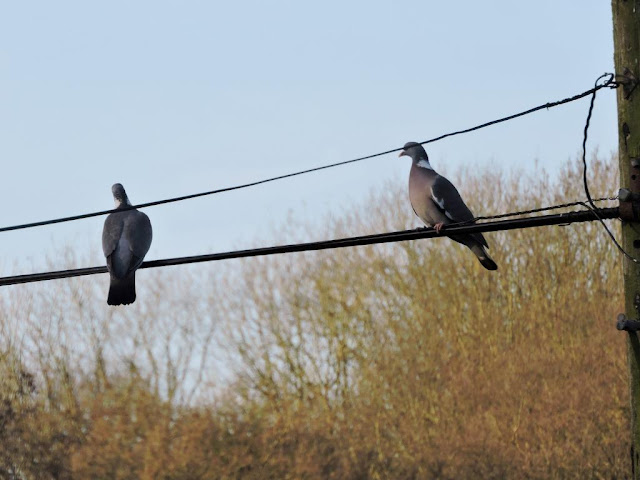 36. Jackdaw Coloeus monedula - common in the village, nesting in the ruined churches, some old trees and almost all the nestboxes that have been put up for the Barn Owls...

37. Blue Tit Cyanistes caeruleus - presumably nesting somewhere around the garden at the moment

38. Robin Erithacus rubecula - particularly evident when I do some weeding

40. Goldcrest Regulus regulus - also singing from nearby conifers, this species has definitely bred in the garden in previous years

41. Greenfinch Chloris chloris - despite the recent national declines, still common around here and nests in the garden.

42. Human Homo sapiens - plenty of wild examples in the neighbourhood

43. Lesser Black-backed Gull Larus fuscus - recent ploughing and tilling of the fields has attracted decent numbers of gulls to nearby fields, regularly passing over the garden

44. Common Buzzard Buteo buteo - now common in the village, pretty much always visible if you look carefully enough. Nice when they occasionally perch close by though. 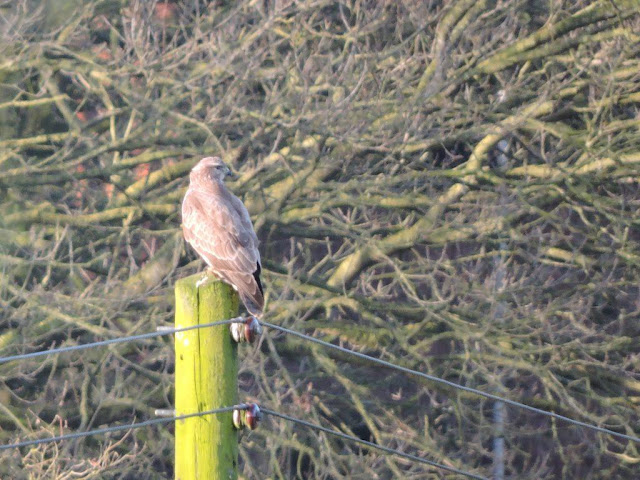 46. Hairy-footed Flower-bee Anthophora plumipes - one of the more recognisable spring bees, several males today around the flowerbed. They like the White Dead-nettle. Here's one I photographed from Thetford recently, showing why it's called 'hairy-footed', and indeed 'plumipes' 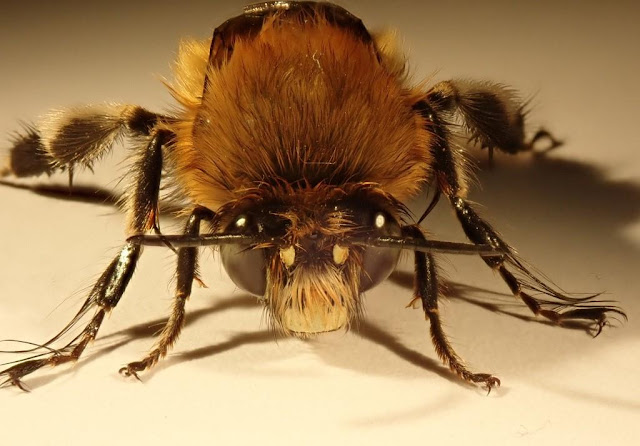 47. Silverfish Lepisma saccharina - we asked the boys to demolish our old shed today. Been meaning to do this for years. Good for us, terrible news for the population of Silverfish that were living in it! 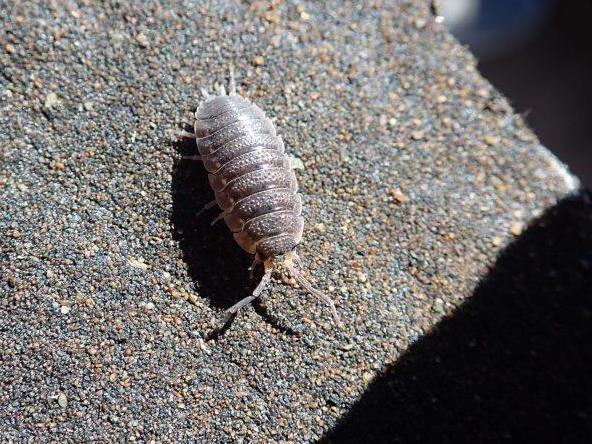 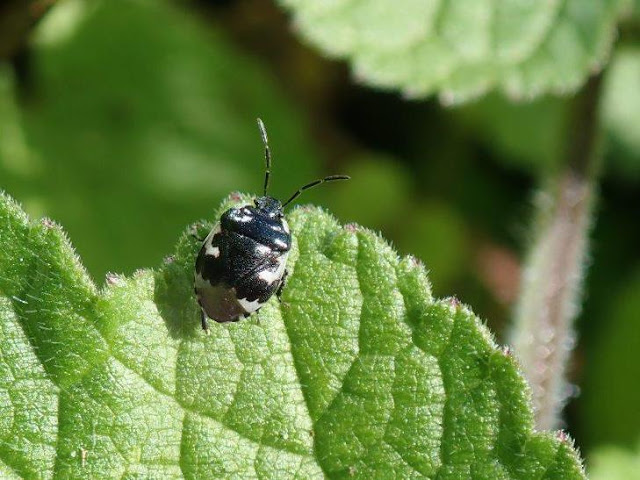 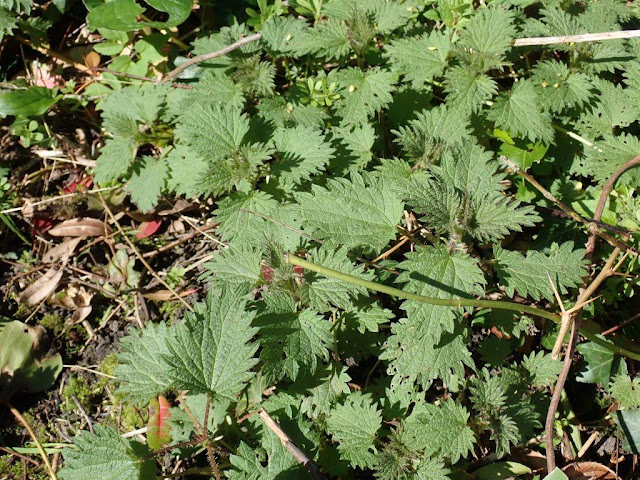 51. Lords-and-ladies Arum maculata - pretty common around the garden (which has quite a "shady woodland" character in the back)

53. Ground-elder Aegopodium podagraria - WAY too common. Only redeeming feature is that you can eat it. We had a load of fresh leaves that we stuck in a curry, worked quite well. But if you find this starting to appear in a garden, destroy immediately. 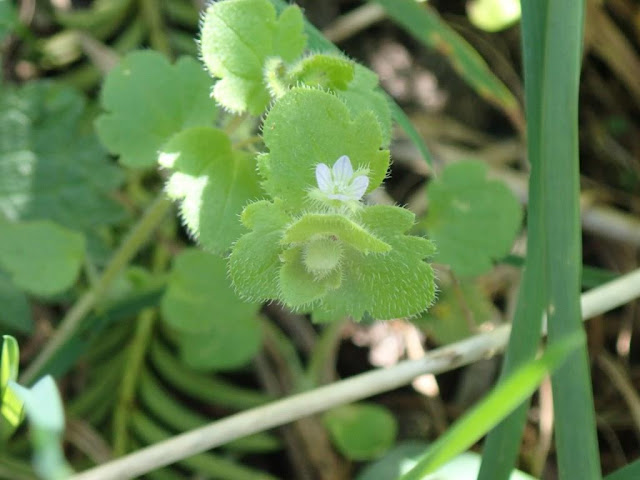 55. Golden Pigmy Stigmella aurella - the easiest micro-moth leaf-mine to find at this time of the year, in bramble leaves everywhere. Most mines will be vacated, but still very visible. 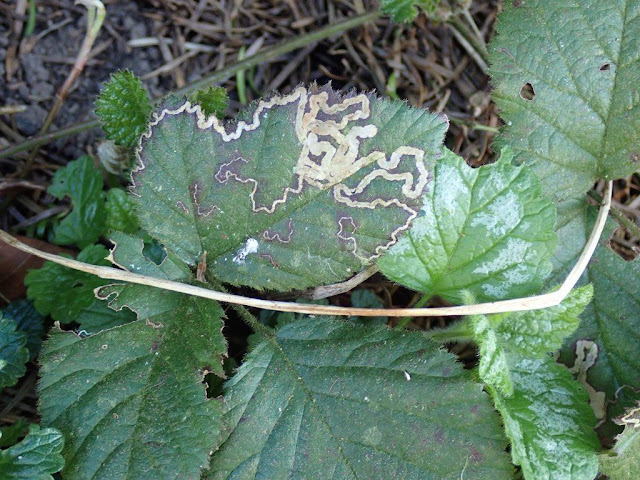 56. Hogweed Heracleum sphondylium - a common plant in the garden, leaves just pushing through now and useful later for pollinating insects 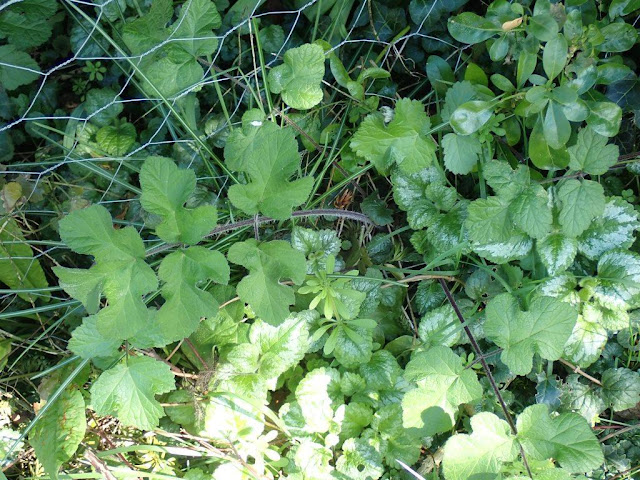 57. Alexanders Smyrnium olusatrum - increasingly invasive in the garden, spreading from the back hedge throughout. Not at all easy to manage! 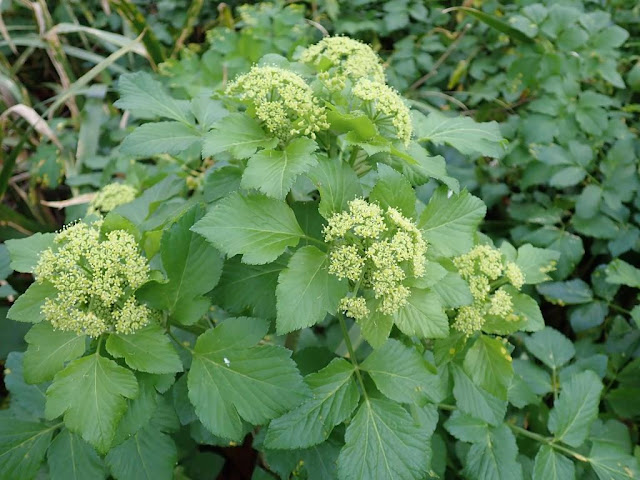 58. Cow-parsley Anthriscus sylvestris - a very common plant in the garden, can become dominant without some level of control 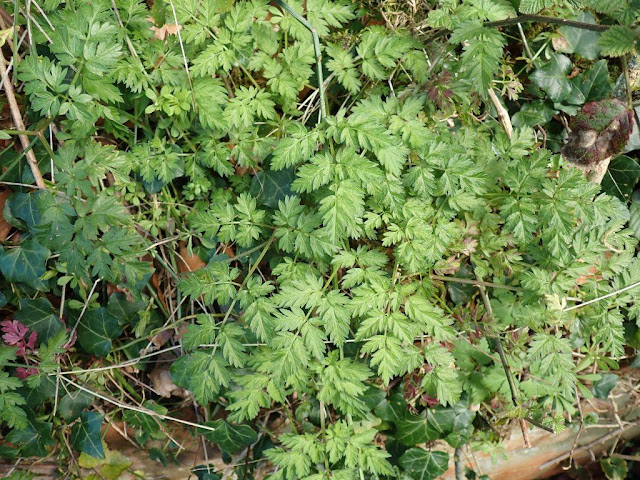 59. Yellow Archangel Lamiastrum galeobdolon - another plant that was presumably planted originally but that has spread sufficiently that it feels like it "counts" as a wild plant now in the garden. 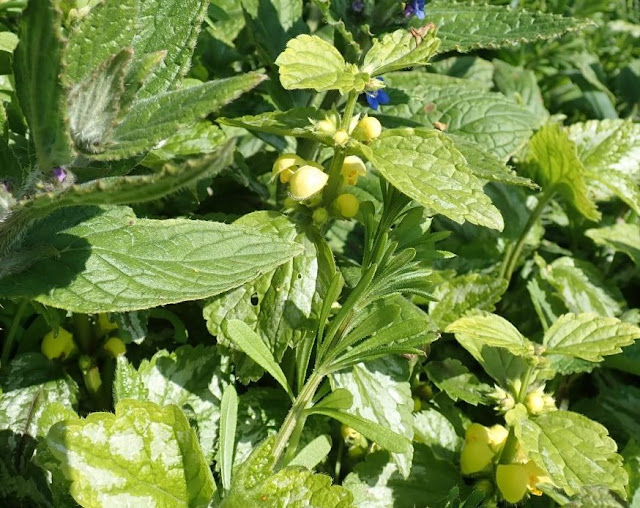 60. Beech Fagus sylvatica - difficult one, we have a small number of trees in our hedge, although there are/were some mature trees nearby also. Feels like a fairly natural part of the garden anyway.

61. Honesty Lunaria annua - doesn't feel very natural, but self-seeds in a highly invasive way, and the Orange-tips love it (coming soon...) so feels a countable part of the garden's biodiversity 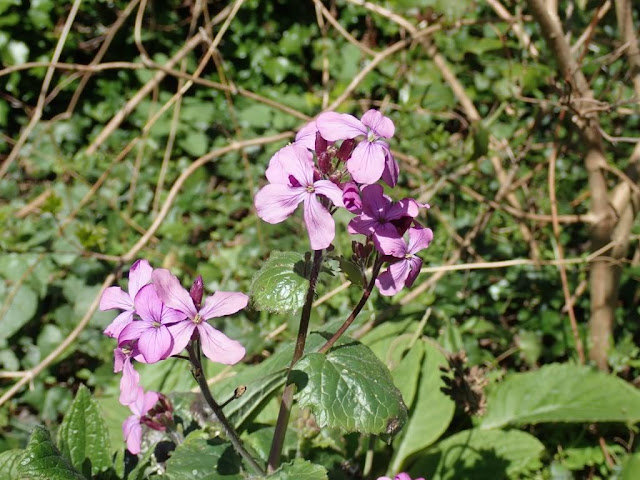 62. Seven-spot Ladybird Coccinella septempunctata - probably the most obvious beetle in the garden; Harlequin Ladybirds seems to be at a lower ebb at present. 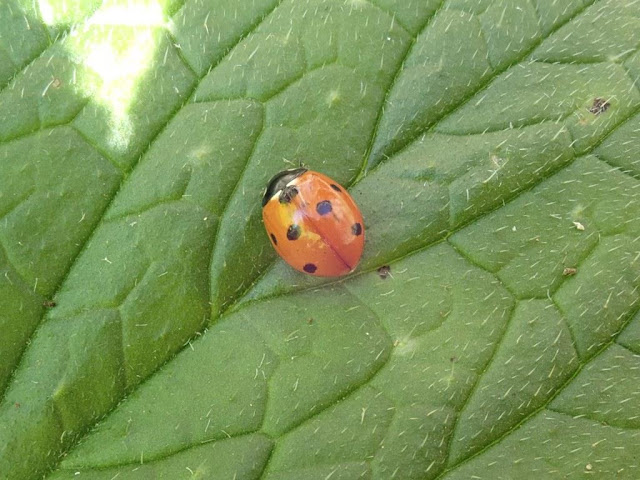 63. Honey Bee Apis mellifera - another odd one for listing purposes. Many folk think that Honey Bees are wild animals. They're not really, we mange almost all of them. Indeed, we have two hives in our garden, and probably most of the Honey Bees we see in the garden have come no more than a few feet. But ..... the bees don't know that. They kind of feel sort of wild.... sod it, on the list they go. 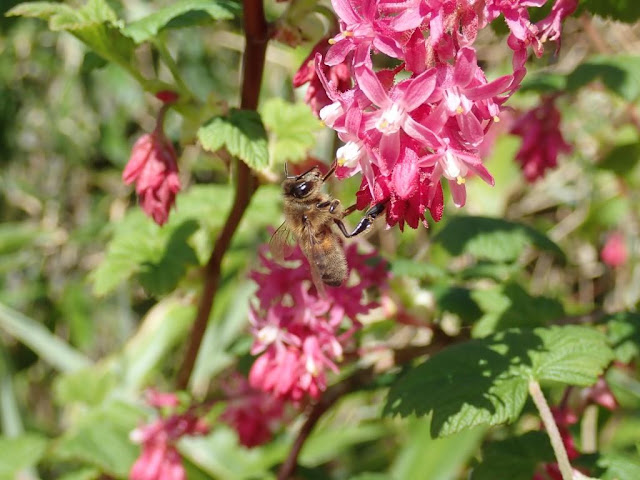 64. "White-footed Hoverfly" Platycheirus albimanus - one of the commoner small spring hoverflies in the garden, with silvery spots on the back where most related species are yellow. 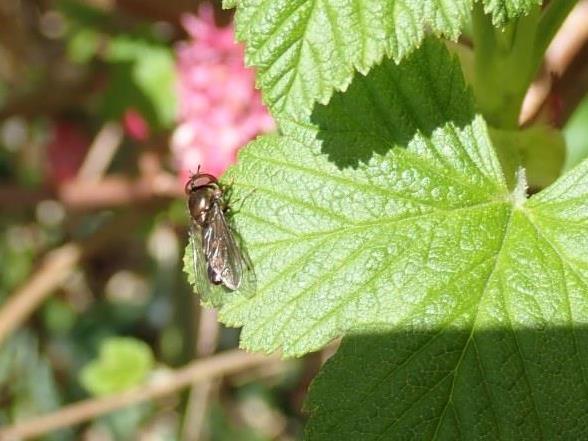 65. Ash Fraxinus excelsior - several still hanging on around the garden, despite the onwards march of the ash dieback around here.

66. "Bramble" Rubus ulmifolius - with the help of Alex Prendergast in the past, I've found both this species and R. vestitus in the garden previously. Better re-find the latter as well then. 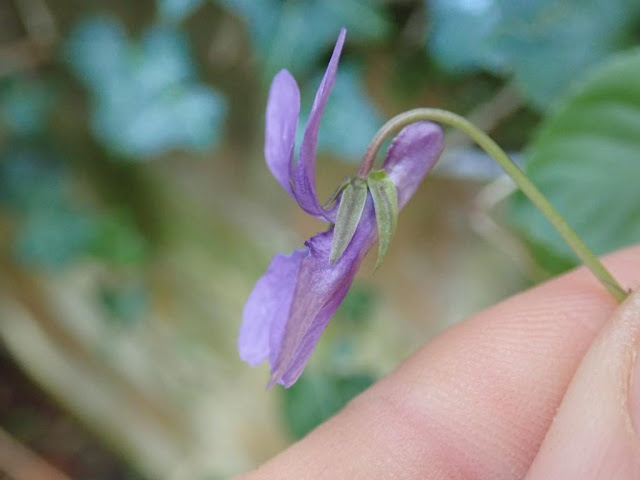 68. Irish Yellow Slug Limacus maculatus - thanks to Brian Eversham for confirmation, this seems to be quite a common species in the garden 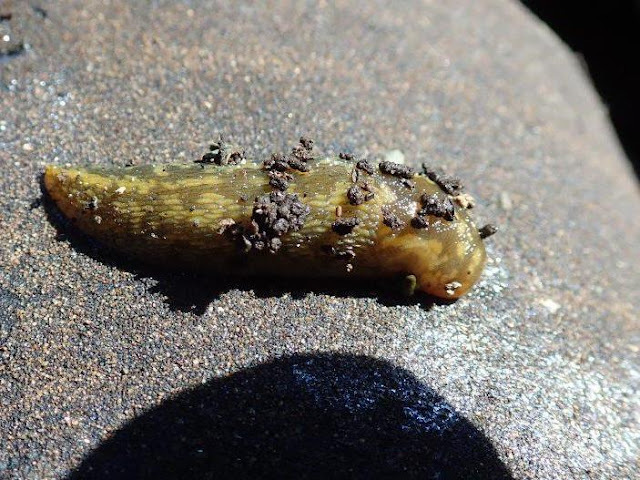 69. Winter Aconite Eranthis hyemalis - presumably this was planted once-upon-a-time but highly invasive here, must be 20,000 plants in the back garden! Impressive show of colour in January.

70. "Aconite Smut" Urocystis eranthidis - whilst weeding some aconite out, I noticed this blackish mass erupting from a stem and worked out it must be this, a new species for me. Not often recorded, but presumably widespread. 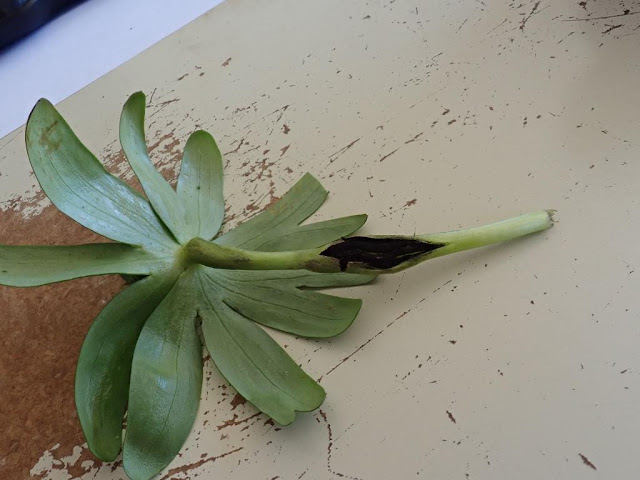 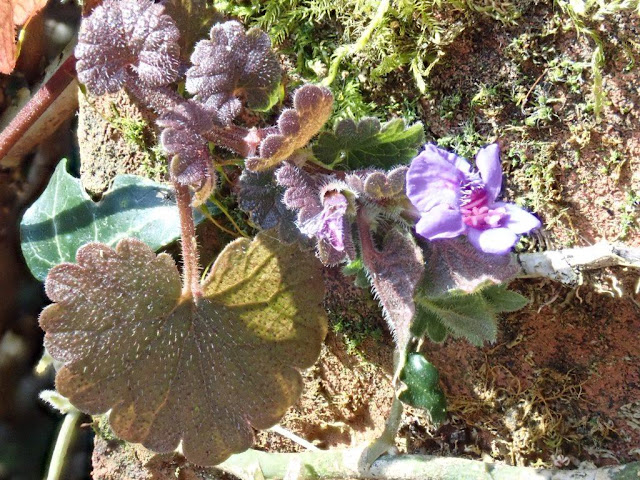 72. Mistle Thrush Turdus viscivorus - one singing this afternoon briefly from the back garden, not a regular song spot for it.

73. Stinking Hellebore Helleborus foetidus - small numbers of plants, maybe initially planed but spreading on its own

74. "Lace-web Spider" Amaurobius similis - another victim of the dismantled shed, this is commonly also found inside our house

75. Ox-eye Daisy Leucanthemum vulgare - a very invasive plant throughout the garden, but good for pollinators later on

76. [A leaf beetle] Chrysolina staphylaea - I found this beetle whilst weeding, and it seems to key readily to this species. Quite sizeable (for a leaf beetle). I've only come across it once before (up Ben Lawers in fact!) but it's a common species. 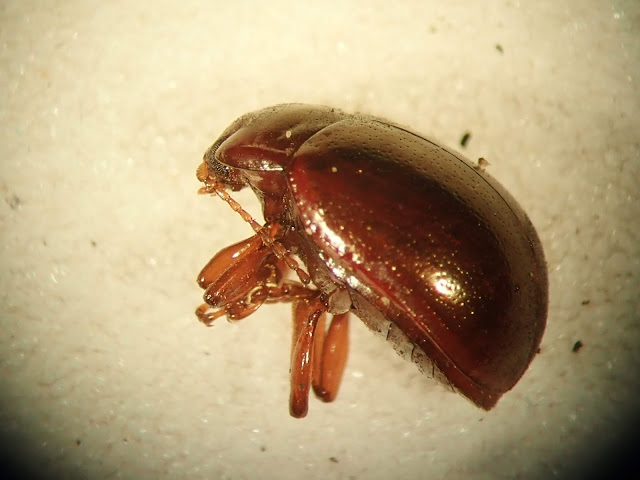 77. Blunt-tailed Snake Millipede Cylindroiulus punctatus - another from the dismnatled shed. Hadn't looked at millipedes for a few years, but this is quite an easy one.

78. Common Carder-bee Bombus pascuorum - a common species in the garden 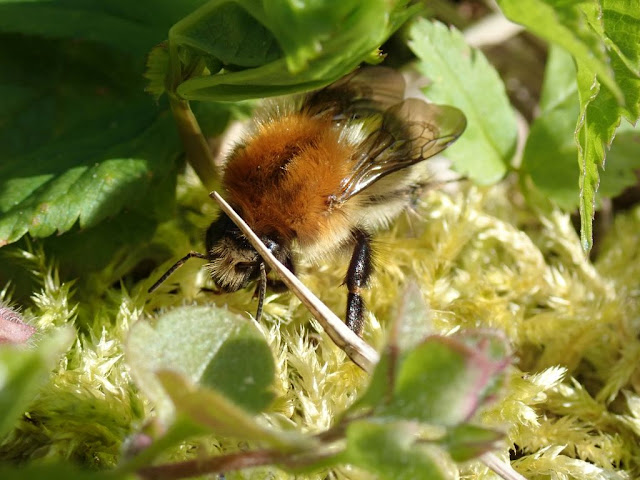